Close
Login
HomeI AM RE-ENTERING THE WORKFORCEHope for Prisoners

Thursday will be the first Thanksgiving Kory Crossman’s shared at home in nearly 30 years.

He got out of prison in January and without the help of his mentor, Jon Ponder, and the Hope for Prisoners family, Kory says he likely would have been back behind bars by the 4th of July.

“I couldn’t have walked out of prison into the world without Hope for Prisoners, Jon and his team” he said. “Could not have done it.”

Hope for Prisoners is a Las Vegas-based non-profit that aims to “change the face of reentry,” said Ponder, who founded the organization after serving a bank robbery sentence in federal prison. “One of the things I’ve learned is that the majority of people from this segment of the population and I speak from personal experience that the majority of people, they really want to change, but they have no idea how to do it.”

So, Hope for Prisoners partners with chambers of commerce, law enforcement agencies and counselors to provide everything from job training to family reintegration services for those getting out of jail and prison. He has more than 450 trained mentors to walk the “journey of reentry” with people like Kory who are coming home. 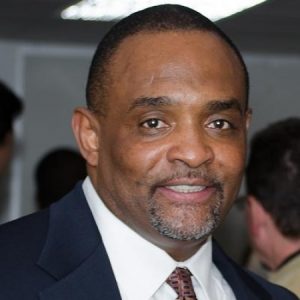 “We don’t believe in job placement, we believe in job partnership,” said Ponder. “We let employers know they’re not just hiring John and Jane Doe the formerly incarcerated trying to get up on their feet, they’re hiring an entire army of people that are going to be with them over the next 18 months helping them to ensure they’re going to soar like superstars in the community.

“I hear all time, ‘You know, why are we doing this?’ People say it costs us too much money to rehabilitate prisoners but my question is ‘What is it costing us not to do it?’ When we put a strong enough emphasis on the men and women returning to the community because they’re going to come home. Eventually, they’re going to be home,” he said. “They’re going to come home with support or without support. Without support, they’re out in the community by themselves and with support, we can help them be successful. Look at the bigger picture, we’re reducing the future victimization in our community, so the better question is ‘Why would we not?’”

Kory says he’s a living example of that philosophy. He was hired as a purchasing agent at a local construction company and recently won “Employee of the Month” for a new system he brought online that saved his employer a significant amount of money (Please click on the video to see how his boss views the job he’s doing).

“You couldn’t have told me in a million years that I’d have this type of job in this kind of a company doing this. Never,” Kory said. “I didn’t possess any specific skill set to do any of it and everything I know now is because the people here have given me the opportunity and shown me how to do it and taught me how to do what I know how to do.

“You don’t graduate out of the (Hope for Prisoners) program, you graduate into a family.

“It doesn’t just change lives, it saves lives,” Kory said, “It saved mine.”

Do Not Sell My Personal Information